Fabieke, basket and art in Bologna 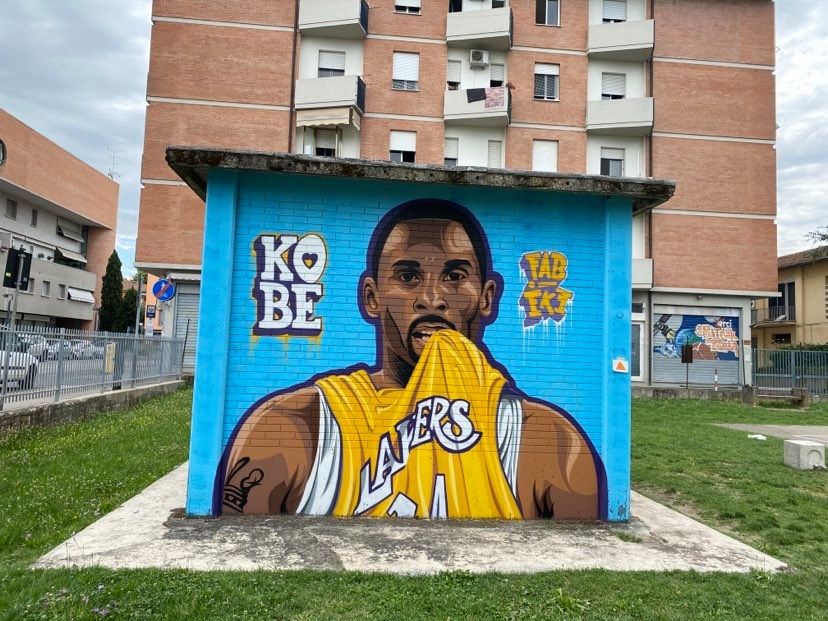 Posted at 12:10h in Basket by Chiara MEZ 0 Comments

Fabieke, aka Fabio Del Monte, is an artist and he was born in Bologna in 1987.

The hip-hop culture influenced his teenage years up to connect with other guys with whom sharing the passion for art. He created the first work in 2006, from that moment on new collaborations have come, beyond the participation to competitions.

In 2014 he realized the first graffiti in Berlin, later he was invited to the “Meeting of Styles” in Magdeburg, Germany. He joined the tv-show “Chick Chat” and he has been interviewed on newspapers as “DolceVita” and “StreetArtAttack”. Through the years, he has been present on newspapers as “Il Corriere della Sera”, “la Repubblica”, “la Stampa”,”il Resto del Carlino”, “Eurosport”, “TuttoSport” and “la Gazzetta dello Sport”.

1. Hey Fabio, let’s start from the beginning, how have you become passionate about art?

I have become passionate about art, following the passion for graffiti, since I have got in touch with the world of art. At the beginning, I studied it at school, but there were other subjects that fascinated me more.

2. How did you approach to the world of street art?

I approached to the world of graffiti, because it happened that going to school, I saw new paintings on the wall that weren’t there the day before and I was bewitched, so one day I decided to try and (unfortunately for you) here I am.

3. Is there an artist who inspired you or was important for your development?

As of today no artist ispires me, but I appreciate and respect several writers. The most important for me was Med, since all graffiti I used to see around Castel Maggiore were his works, he is the reason why I have begun.

4. You have realized several works focused on sports, around Bologna. The mural of Piva Playground in Budrio, for example, is a tribute to sports icons as Bebe Vio, Alex Zanardi and Kevin Garnett. How did you come up with this idea?

The work took shape thanks to two different project. Firstly the guys of Piva’s Playground reached me to dedicate the mural to a friend that passed away, with Kevin Garnett as topic, the idol of Piva. Secondly the year after, since we have been excited of the painting, we kept decorate the wall and chose other athletes to replicate close to KG.

5. Basketball was a topic of your works, what players have impacted on your life and art?

The players that have impacted on my life are two: among the ones who played in Bologna there is Danilovic definitely, instead overseas, well I will be banal, but certainly Michael Jeffrey. I have already realized tens of murals and I would do hundred more, without any problem.

Here is the story of Piskv, a visual artist, passionate about street art.