Playground in the world and the Court MLN 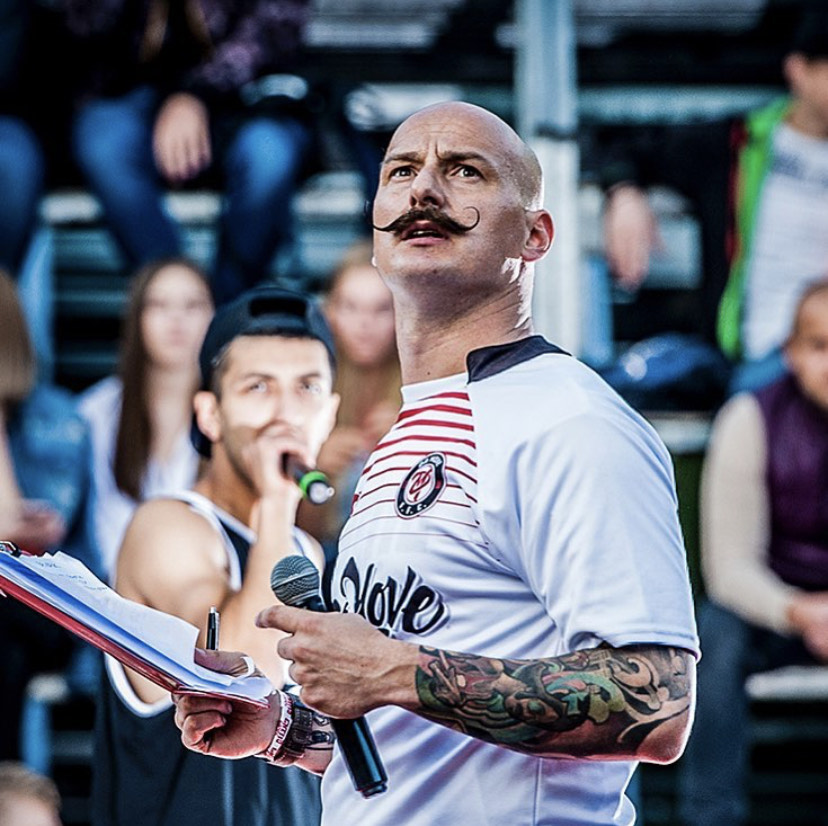 25 Sep Playground in the world and the Court MLN

Posted at 07:08h in Stories by Chiara MEZ 0 Comments

I had the opportunity to meet Lorenzo Pinciroli, founder of DaMove at Court MLN, the first indoor playground in Milan, that opened the doors in summer. He related his amazing history and the birth of DaMove, the first italian crew of freestyle basketball. Here is the first part of the interview we arranged in Milan, you can check out here the first part of our conversation.

“Football As We Love It” – Gazzetta dello Sport, RCS and Da Move in Rome

We came back to Rome in 2019 for a Football Day organized by Gazzetta dello Sport and RCS, because I am also speaker of World Championship of freestyle football and I am a member of World Freestyle Football Association. We presented a show of DaMove on football and I brought some representative freestyler on a global scale. There were a Muslim boy from Mantua, to represent the second-generation immigrants and a kid from a popular neighborhood in Roma making his debut.

Among others, a girl from Madrid that lived in Mexico and as a kid, she pretended to be a boy, in agreement with her dad and the coach because there wasn’t a women’s football team in the area. She is an activist of women’s freestyle football, LGBT movement and at last Juanro, a Chilean boy without arms, a football streestyler, a motivational speaker and a real Catholic.

The topic was “despite language, culture, sex and religion, with a ball we are family”, comparable to the claim of the association “All you need is a ball” of which I am a member, ideas close to the Pope. We realized a short documentary for Gazzetta that you find on our YouTube Channel.

When the kid from Rome and Juanro did the trick during the rehearsal in the aula Paolo VI, not being able to talk to each other, I started to cry because of the feeling to see them there.

As ambassadors, we were invited by Catalytic Action, a non-profit organisation that assists people in Libano during the Syrian Civil War. They were building some playgrounds for schools in the refugee camps in the valley of Mecca. We joined the project, the fundraising ended well and we raised the money to build a playground in a school. Me and Fabrizio, we inaugurated the playground and we spent a week doing freestyle show and teaching basketball.

We were convinced to find a refugee camp, instead approaching to the boundary, we found a valley similar to the Po valley and a million of refugees. We met some guys and we played basketball. Luckily some kids spoke English better than us and translated to the Arabic speakers. Most of Syrians, who reached Europe belonged to the middle class and owned enough resources when war erupted.

We were welcomed in a safe place, a branch of the University of the United States, the campus where previously Steve Kerr’s dad was killed, even if he was in Beirut. People said “at night you will hear bombings, don’t worry, you will adpat yourselves in two or three nights”. The first night, we woke up and we heard the bombs. I suppose it was the worst feeling, I have ever had. But it was true, the third night we feel asleep, the brain doesn’t accept this thing and it seeks refuge.

The game in the playground with kids is something that if I look at, I say: “this ball led me also there”. A strong emotion, not the greatest show, but the feeling you feel inside is worther than other shows. A kid told me, he was a doctor’s son and was forced to escape, then engineer’ sons and people who operate for the embassy. I don’t have other experiences on immigration, what I say to everybody is that most of Syrian people who I met, they are like us, they escape from war, the middle class who can escape from war.

It must be said, understood because it keeps happening, we live in a lucky area of the world, but Europe in the history led to wars and still today there are economical and social consequences. The Europeans are the cause of the huge differences worldwide. We have great responsabilities, the same goes for Black Lives Matter, if we discriminate people who we treated badly, there is something that I can’t figure out as a human being. I have been lucky to see many cultures and countries and I feel strongly the situation that is taking shape.

The end of lockdown and “Breakfast Club” by Da Move

“Breakfast Club” was born at the end of lockdown, at the beginning everybody was excited to go live on Instagram, it was cool and sometimes we took part in. The contents were genuine, but there wasn’t anything more elaborate and in addition to this, all lives were at 6pm. We came up with the idea to make something in the morning and given that we have the partnership with Jordan brand, here is the “Breakfast Club” of trainings and the comeback of Jordan. A sort of variety show, as Late Night Show but made at home with Beppe Gallo, a videomaker who works with us. We liked that he talked, criticized and was visible on social media.

We realized immediately why others were online right away. Sharing and editing files of higher quality was not easy. Finally we won the challenge, we hosted friends of basketball industry, art mixed with basketball. At the end of lockdown we thought it would be senseless to keep on because people had the chance to move and not to spend the whole time on social media. I don’t exclude the possibility of a come back of “Breakfast Club”, because we had a lot of fun. I would like to do it in a sort of American television studio, we are working on it, we liked it and a live edition would be better, it would be a talk-show.

We focused on Court MLN, a dream for everybody, each italian guy, passionate about basketball would have an indoor court. Dreaming a court is like flying and dunking. We had the headquarters that didn’t fit us. We had an half-court that we teleported here. A challenge is becoming a place to play on winter, there are several places to do it, but with a team or a sport association.

For us, this is not contemporary, according to working or studying life in a metropolitan city as Milan is. If you study and have to prepare exams in 15 days, you are not able to train, but maybe you would like to play basketball or shoot in the morning. Compared to other countries, in Italy people weren’t allowed to do it. We got inspired by projects, first of all the American facilites, then closer to us Hoops Factory in France, Playground Moscow, the Regal in Uk.

We realized a functional place for us, the streetball community and Milan, where we were born and grown up. Here we can arrange activities, small events, games and pick up games. We hosted friends from the minors up to Paul Biliga, Udanoh, Abass or Tommy “Social Media” Marino, who everybody follows on social media. I thank each of them because they gave us feedbacks and energy, which are necessary after Covid. Milan has finally an indoor playground.

People say that globally our city has the largest number of basketball courts (more than 100) after New York. Winter is long, grey, cold and dark, it is not possible playing in the playgrounds, doing pick-up games, trainings, using the ball shooting machine, individual trainings or group trainings. The Covid hit us, because we live of events, the court was a work in progress and we had to stop, but the court is open now and we are ready to host gradually many people as possible.

Obviously, people now are few, but we have in mind several projects that you will see soon. There is a link on our pages to subscribe to a series of activities with Jordan brand that will come soon. The court is not 100% of basketball, the aim is becoming a huge space for breakdance, hip hop and dance. The development, the off season of professional players or aspiring pro players, individual training, a sort of playground training, will be meaningful.

I had the chance to be the speaker of 3vs3 games with Fiba and I see an explosion of 3vs3 globally. We are working with FISB to give a court to ballers, to dedicate full time. 3vs3 is a professional sport that has reached the Olympics Games, we hope to build something, we won a golden medal with the girls. So why we can’t give more?