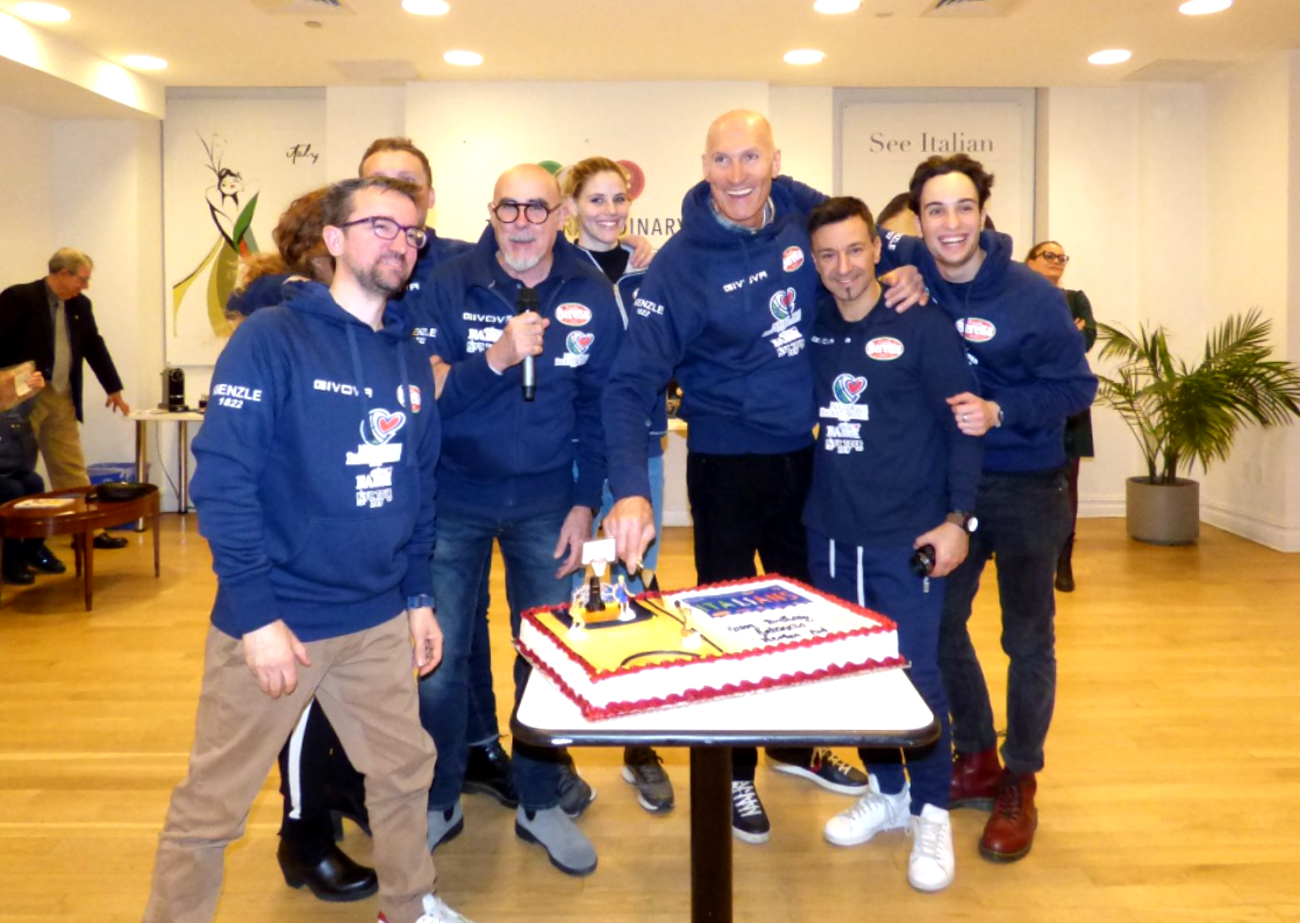 Posted at 13:26h in Stories by Chiara MEZ 0 Comments 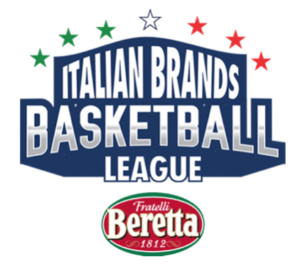 1. Simone founder of Nazionale BasketArtisti (NBA) aka the Italian Artists Basketball League let’s do a jump back in time, how did you come up with this idea?

I came up with the idea of Nazionale Basket Artisti, we frankly love to call the Italian NBA, in 1999. I organized the basketball rally of Italy national team, at that time the head coach was Boscia Tanjevic and he trained Pozzecco, Meneghin, Basile, Myers and other players, the winners of the European Championship in Paris.

We were at Agorà Palace Hotel of Biella, while we were having dinner, talking to team manager of Italy national team, I pointed out that at that time there were several football teams of singers, artists, tv personalities and priests and not even a basketball one. He said that I wasn’t wrong and suggested to think about it because I was already PR coordinator for TV and entertainment industry.

I seized the moment and on April 7th, 2000 the “Italian NBA” made his debut at Biella Palasport in front of 1500 of people. It was the beginning of our story, in about 20 years we have raised over 500 000 euros for charity.

2. In 2020 the Italian Artists Basketball League celebrates its 20th anniversary, an incredible story, which was the most touching moment?

There are so many. One of my favorite memories was not a game, but the meeting with Fabrizio Frizzi, to whom I asked to become the honorary president in 2003. We met on a Saturday midway in Capalbio, because I live in Versilia and Fabrizio in Rome.

I was with my wife Barbara and he was with her niece, we had lunch because he wanted to have more details on the first three years of Nazionale Basket Artisti. He asked to think about my proposal one week. After a couple of days he got back to say YES. He has been the honorary president for 15 years and he will be forever, a positive person and example for everyone.

He was also a good player, he worked hard, the first to come and the last to leave Palasport not before he met all supporters, signed autographs and took pictures with everyone. 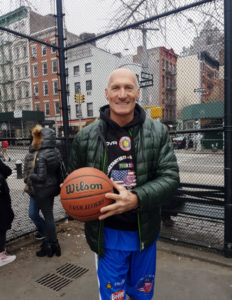 Antonello Riva in a basketball court in New York

3. IBBL a new project of Nazionale Basket Artisti with the aim to gather italian managers passionate about basketball in New York. How did you come up with this initiative?

Me and Barbara came up with this idea last year, when we were in New York.We had a meeting at Italian Trade Agency (the Italian Agency of foreign trade for italian companies in the USA) to present an event to celebrate the 20th anniversary of Nazionale Basket Artisti this year in New York.

After meeting up with some managers of Italian companies, we realized that an event wasn’t enough. Many of them were fully available to support and sponsor our initiatives and what is more they asked to take part to a game. On this demand we created something new, a never ending basketball tournament in the playgrounds of New York for Italian companies. Former Italian and American players, managers and friends of companies that will sponsor the teams, will take part to the tournament.

Each team will have a sponsor to self-manage or eventually the Organization will offer the support to have one, each player will have a basketball kit. It will be a way to promote Italian companies and Made in Italy to American people through basketball the most popular game in the US!

Our Partners are linked to food and fashion industry and we schedule events in collaboration with companies and brands relied to Made in Italy as I love Italian Food that promotes the distribution of original Italian goods, fighting fake Italian food. IBBL as well as Nazionale Basket Artisti will be great sources of inspiration.

4. What will be the first appointment of IBBL for the year just started?

A great beginning thanks to the support of our long-standing sponsor Salumificio Fratelli Beretta that has accepted to be Title Sponsor of IBBL and other companies that have a team as Terre Alte Villarboit, Carini Group, Fumagazzi/Zoo di 105, I love italian food and Your italian hub.

On the same day we will join the official NBA game at Barclays Center and later we will have dinner of the Marches at Cremini’s in Brooklyn. As “the ball-player” George Clooney says in the famous commercial “IBBL what else?”