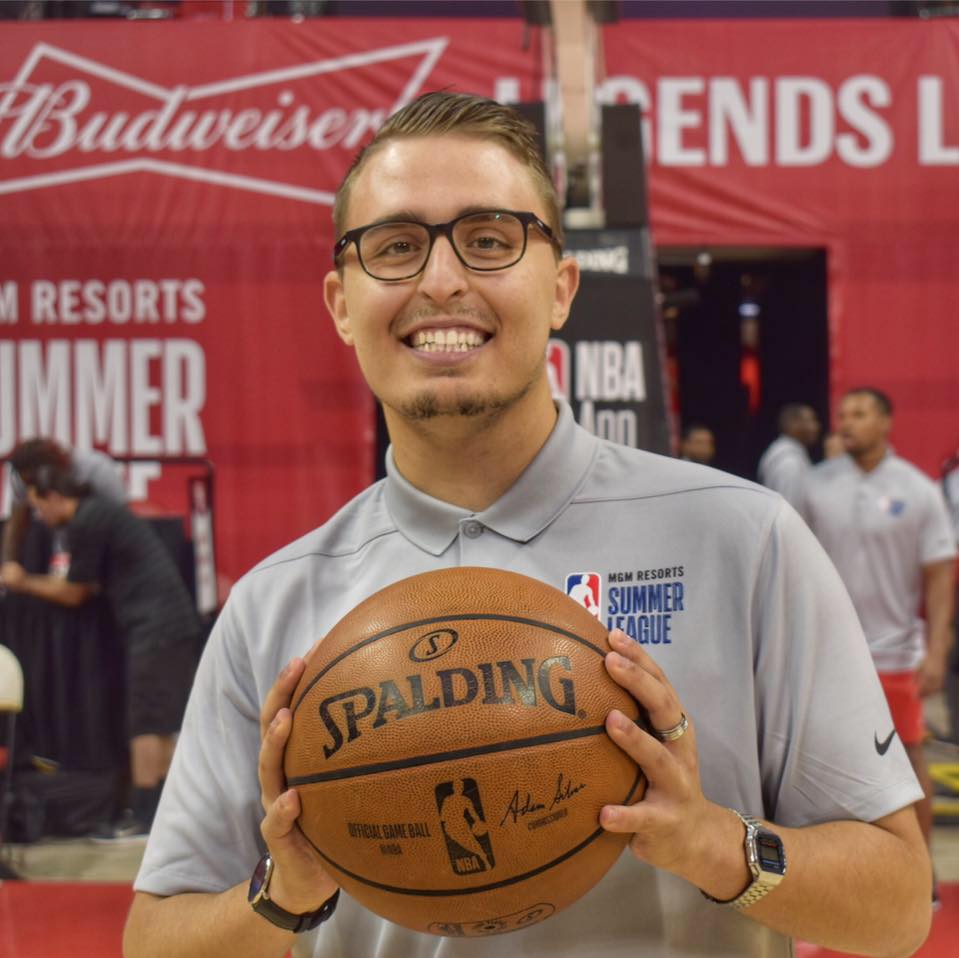 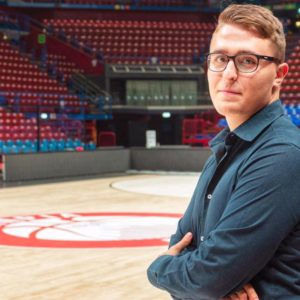 1) Hi Niccolò, let’s start from the beginning, when did you fall in love with basketball?

I played football, I fell in love with this sport after the 2006 FIFA World Cup. My uncle, on the other hand, was passionate about basketball and wanted me to play, because of my height. At first I didn’t listen to him, but I got curious. At middle school, I started playing one afternoon in the court close to my house. I was the only one with the soccer ball and two guys invited me to play basketball. Since that day I have never stopped.
At 13 I downloaded Twitter to follow basketball and at the same time to learn how to become a journalist, I felt like writing following the journalists from Milan, including Dario Destri and Fabrizio Fasanella.

2) Your journey into the world of basketball started with Backdoor Podcast, LBA championship, Euroleague, up to post-game interviews, how did your experience in the worlds of journalism begin?

I approached the world of journalism during my high school years. I attended the Liceo Classico and the school hosted some people of the local newspaper “7giorni”, I was intrigued and had a job interview. I started writing for them at 16-17 years old. In the fourth year of high school, I met Simone Mazzola of Backdoor Podcast, during a Backdoor Podcast Live Night in Milan.
In 2018, I began working with Backdoor. Simone asked me to help him and follow the LBA Finals Olimpia – Trento. At the end of the game I noticed that journalists collected the statements from the coaches. Nobody interacted with the players so I interviewed some of them and Fabio Cavagnera was with me. In the summer, while I was in Scotland with my girlfriend, Simone asked me to follow the Olimpia in the 2018-2019 season for Backdoor. I said yes and I have involved Mario Mancuso, who lives not far from me, to produce video contents together and create a sort of basketball TV.

3) You are the winner of the 2019 edition of the contest Commish, how did you organize your project focused on LBA Media? What was an unexpected moment at the Summer League?

At the beginning I was not sure of taking part, I did not feel ready. I was in my first year of university in case of winning, I could not take the exams. I wanted Mario to take my place, but both him and Ennio Terrasi Borghesan spurred me so I decided to put myself on the line. I used to go to the games two hours in advance to observe and note what was missing. I interviewed the insiders, I wanted to get feedback from those who were expert. I produced the LBA Media Hub project with the aim of growing the Lega Basket brand, increasing the fan base through the creation of contents and the involvement of influencers, athletes and coaches.
I won the competition and flew to the Thomas & Mack Center in Las Vegas, an exciting experience. In America the idea of live sport events is different, people attend an event to stay together. As a non-American, I wanted to do my best, I paid attention and I started working. I am extrovert and I took the opportunity to talk to everyone. I met the videomaker of the Summer League and she asked me to do the game recap of the international day. I worked in the backstage and it was helpful, it was a unique experience and I hope to come back in a new role. 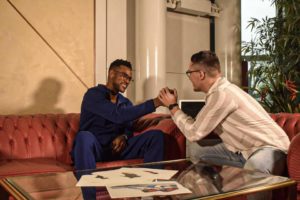 4) The adventure with Sportando has started the 2019-2020 season. On the occasion was born Walkie Talkie format, a talk with national and international basketball personalities, how did you come up with this project?

After Backdoor experience, Mario and I wondered about our future. We both like storytelling and taking up my idea for Commish, we wanted to create a format that would combine basketball with pop culture. We submitted the idea to Emiliano Carchia, he was particularly enthusiastic. I consider him a genius and Sportando has always been at the top of my list of collaborations. Emiliano has built an empire on his own, a flash news channel that is currently improving with interviews and Walkie Talkie format. It made me feel at ease right from the start, we met several times before starting. He gave me a lot and I want to help him, in fact I am dealing with the management of social media, suggesting new ideas and building a community.

5) Do you have a motivational phrase or a quote that you carry along before an interview?

There are three phrases that mean a lot to me, the first one carried me to Commish “Learn to overcome your limits to teach others what can be done”. The second one is for Mario “Alone you go faster, but together you go further” and a quote for Sportando “makes as much mistakes as possible to risk the least”.

Fabrizio Fasanella editor for Superbasket, in the feature Under 35, has related his experience