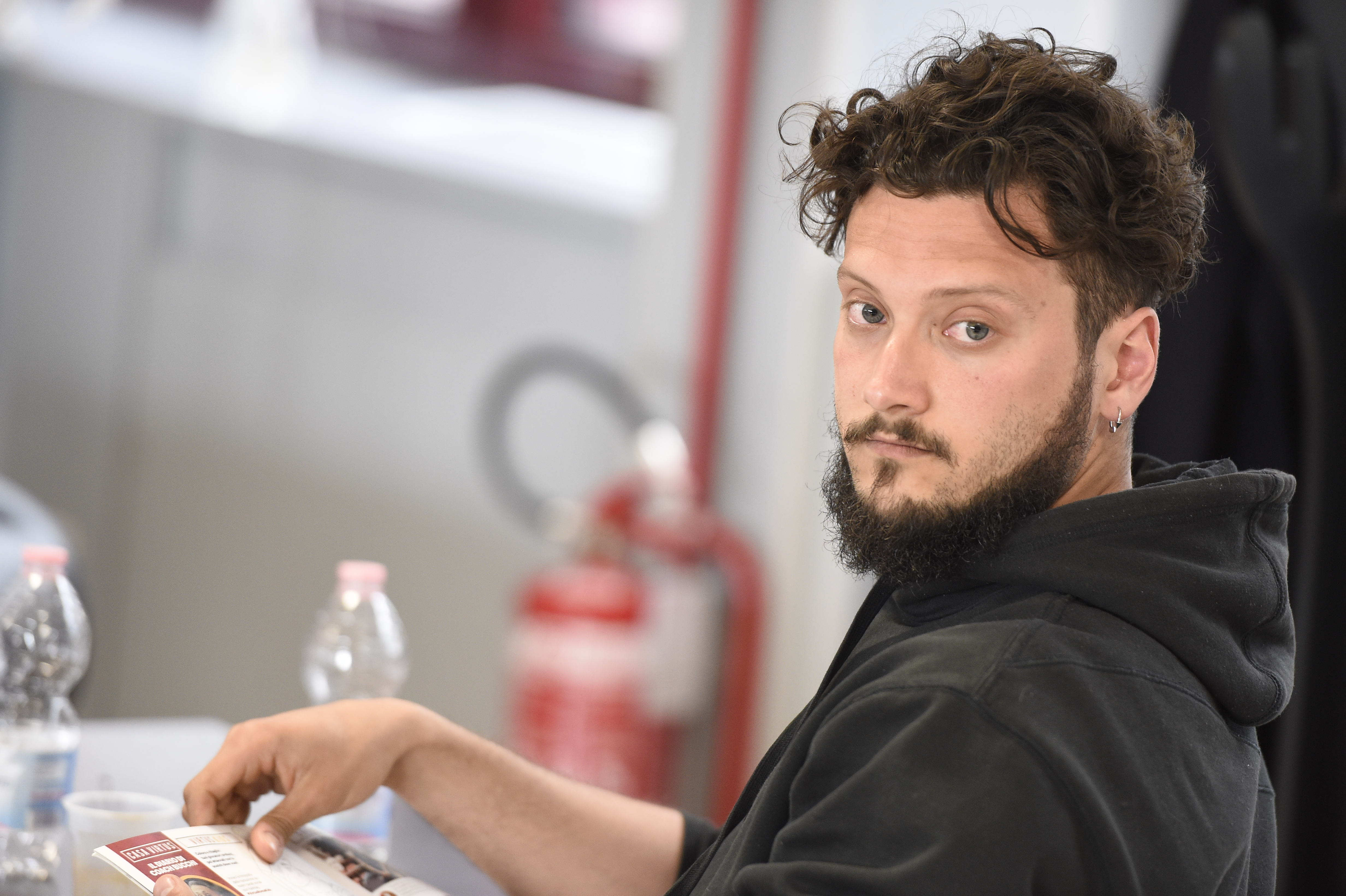 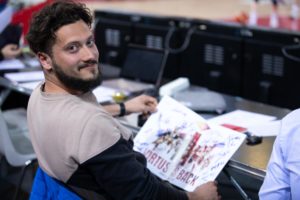 1) Hi Simone, let’s start from the beginning, when basketball came into your life?

Hello Chiara! Let’s say that basketball has been a part of my growth. In the second childhood, each time I held the markers to color, I used to stick my tongue out to improve concentration and I remember that my father used to say: “you do it as Michael Jordan”. I left the copyright of the gesture to “His Airness”, but growing up, by dint of hearing him, I was able to admire his deeds. Joking aside, after years of curiosity, not approaching directly to the game, I followed the Supercoppa Italiana of 2000 won by Virtus Roma and Italbasket, winner of a silver medal, at the 2004 Summer Olympics in Athens, admiring players as Pozzecco and Basile.

I feel in love with the game after watching Marco Belinelli’s dunk against USA at 2006 FIBA World Championship in Japan. From 2006 to 2010 I bought Virtus Roma season ticket, looking up to the style of Dejan Bodiroga, he seemed to dance on the court; the explosion of David Hawkins, the lucidity and precision of Sani Becirovic, and above all the class of Gigi Datome. Since then, for better or worse, I have never missed a game. At the same time, concerning American basketball, I have followed the Los Angeles Lakers. Mixed blessing.. I chose the number 7, as Javale McGee. For a couple of years I play as power forward for an amateur basketball team in Rome. To clarify, I am an odd forward that shots “long-two” with bad results. 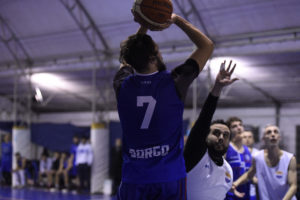 Simone Colongo on the court

A career as illustrator and graphic designer

2) You are ilustrator and graphic designer, how has your career started?

After Graphic Design graduation, I got hired as graphic designer at Gamma3000, a historic publishing house based in Rome. I will thank them forever because they introduced in the publishing industry and allowed me to apply what I learnt during my studies. After years of professional and personal growth I decided to continue solo my career, a tortuous way by registering for VAT. At the beginning I worked as Visual Communication Manager for an art gallery in Rome.

At the same time I had the chance to publish some sports illustrations for AS Roma’s social media. By achieving the semi-final of Champions League, my works became viral and allowed me to be added to the TOP50 of the best football illustrators worlwide by FootyGraphic. In the meantime I worked as creative director for CAR Magazine Italia, a monthly publication. The newspaper averaged over 100 issues and 10 years of history.

In 2018 the forward-looking IQUII offered me the rebrand of Virtus Roma basketball, by evaluating the potential of sports contents that I have produced and the chance to cash in on and boost fan engagement. That year we created the Serie A on and off the court. I became the art director of “Forza Virtus”, the official team’s house organ, issued before games at Palazzo dello Sport, drawing the portraits of players, also available as stickers for instant messaging. A great opportunity to be part of the sport industry, mixing the passion for basketball, graphics and illustration. Recently I got the FIP license as team manager and referee manager for national and local championships.

The experience as AS Roma and Virtus Roma designer

3) You were able to start several partnerships with sports industry, from football to basketball. If you should recap your career, what have been the most significant results achieved, until today?

The most important results achieved in my career have been the illustration of Totti and Messi for Champions League quarter-finals, the image of Totti and Gerrard for the semi-finals, the graphic project of the House Organ of Virtus Roma and the idea of “Premiata Latin Nights”– the game kit of Sutor Montegranaro. These experiences gave me the chance to amplify my portfolio as sports designer. 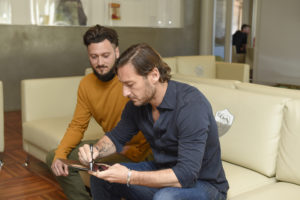 4) “Drawing Captain” is a project to support the Italian Red Cross. How is it about and how did you come up with this idea?

The project was born during the lockdown with two aims: helping the Red Cross and connecting the community of Sports Designers in Italy. A fanzine of fundraising that collects the drawings of the Captains of 2019-20 LBA Season. As a consequence, I launched a media-kit realized by the best italian sports designers available for team communication areas who are looking for digital content creators and potential partnerships for next season. It is possible to download free the project here. 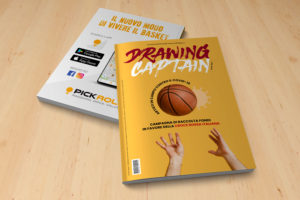 The cover of Drawing Captain

5) Let’s talk about your last creation “All Decade Coloring Book” a coloring book dedicated to Nba Players since the ‘60s. Tell me his story and above all his goals.

I launched the coloring book after watching “The Last Dance”. I considered appropriate looking at the past, at the time sports contents were insufficent because of the suspension of the season. The aim is exciting a enthusiast, fan or collector, awakening emotions recalled by the athletic deeds of the best american basketball players since the ‘60s. The book is for minibasket kids, through the game and the colours they can approach to the past, knowing basketball personalities so far unknown and for parents or guys, to collect a unique piece divided in six line-up, one for each decade. You can decide to put it in the attic or keep it to relax after a work day, rediscovering colored pencils and using it as instrument of art therapy. Here you can order your copy. 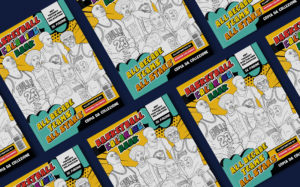 The cover of All Decade Coloring Book

Another Under 35 from Rome, Dario Ferretti, related here the project Pick-Roll.