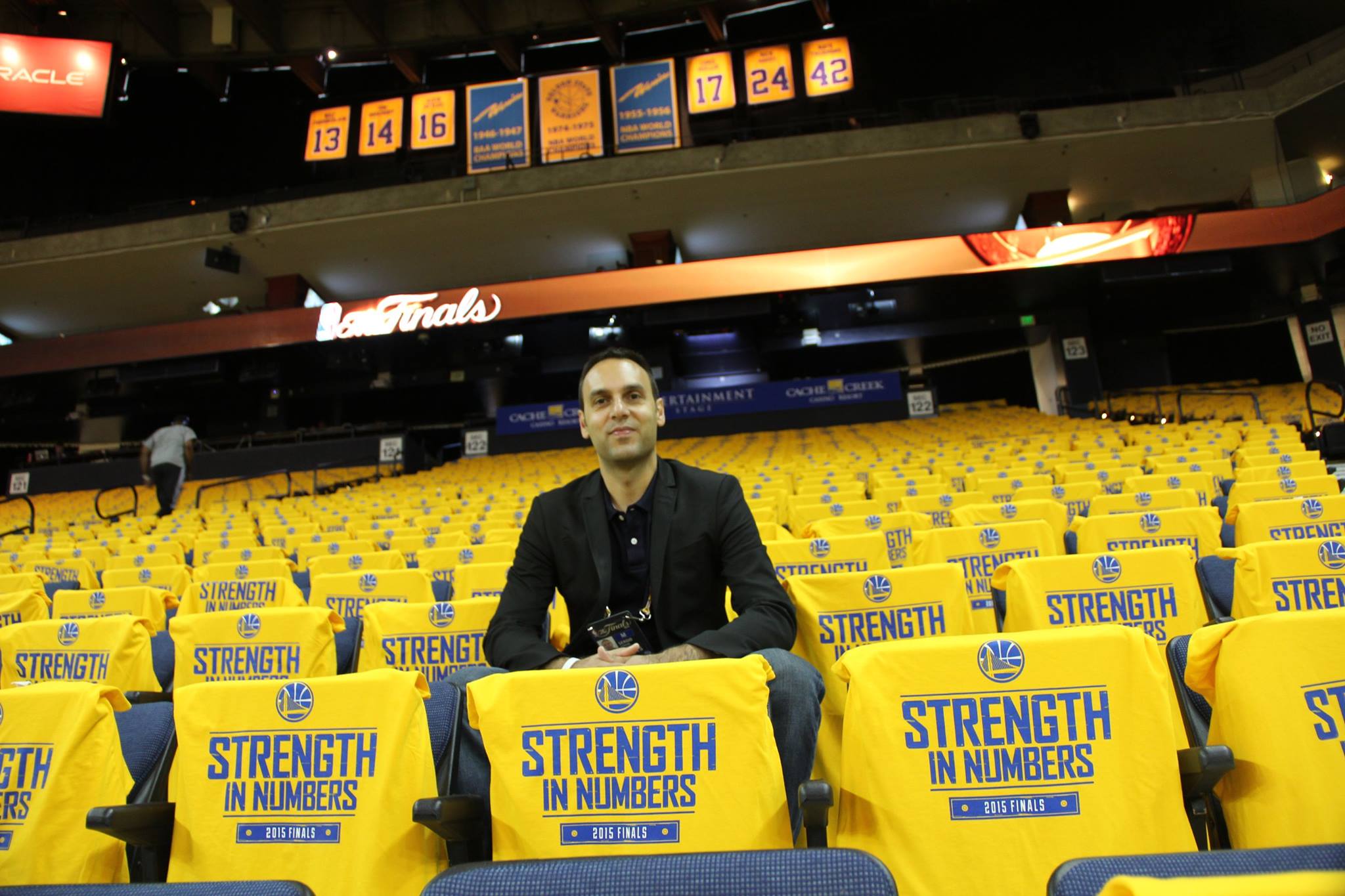 02 Jul Sergio Cerbone, an italian at the Oracle Arena

Posted at 09:55h in Stories by Chiara MEZ 0 Comments

1) Hi Sergio, when was your passion for basketball born?

It was born because of (or rather thanks to) Mr Michael Jordan. June 2, 1993 – a boring early summer night, without football on tv (my greatest passion)- I was flicking through the channels, looking for something interesting, I tuned in to Tele+, there was game 1 of the Nba Finals, between Bulls and Suns. Until then I didn’t paid attention on basketball, but that time I was impressed by it.

There was “a guy”, the number 23 who stuck the tongue out and kept shooting on every side. Each defender rotated to limit him, but nobody was able to man-mark him. His elegance to the hoop, his dedication and his leadership won me over. Basketball was officially part of me and wouldn’t left me anymore. Since then I haven’t just started watching the Nba, but I also started playing basketball.

2) In 2013, you had the opportunity to move to the United Stated because of your work. How was your American Dream?

The United Stated have always been my dream. For several years, I tried to move there and finally I got a chance in 2013, when I got a job offer in San Francisco. As a tourist, I have already visited the city and to be honest, the first time it hasn’t impressed me, but now I know why. It was August and in San Francisco August is considered winter: temperatures lower and due to the position of the Bay Area, hot and cold air streams cause a haziness that made me difficult to see the Golden Gate Bridge.

When I got the opportunity of moving, I remember I thought to that episode, as a Milanese I asked to myself: “I leave a city in the fog, to reach a city with the same problem?” Actually living there, I found out that weather in San Francisco is mild all the year long – the everlasting spring makes each day pleasant because there is always sun, expect in August. People are friendly and helpful. Everybody do Yoga and Meditation and just talk about startup and business. For those who work in tecnology industry, San Francisco is a great city to live and work. 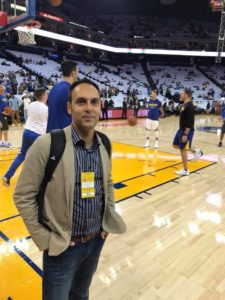 Sergio Cerbone at the Oracle Arena

3) You told the Nba and in particular the Warriors from the Oracle Arena. What memories do you have of that experience?

Unique, amazing, unbelievable. For a passionate person like me, being “inside” the Nba was an occasion that I won’t forget. Indeed I wanted to relate the whole experience in a book, to fix some memories. I was hit by the organization of the Nba, a perfect organization: nothing is left to chance, there are people so good at their jobs and this is clear for journalists that relate it from inside. I remember the players, obviously it is different to see them up close, you are able to collect each shade. Lebron, Steph Curry, Durant, Kobe are basketball pros, it’s no coincidence that they belong to the limited group of the best players in the Nba. Seeing them up close, you realize the attention they put in each jumpshot, pre game stretching and media statements.

4) You dealt with streetball in the local playgrounds of San Francisco. How was it?

More gaffes than moments to remember, but I achieved satisfactory results. There the game, as in the Nba is based on 1vs1. Tall bodies, athletic skills and guys that spend the whole week at gym to pump and on the weekend they challenge themselves in the playgrounds. In San Francisco there is a beautiful basketball court, the Alice Marble Court on the top of a hill where you can see to the Golden Gate Bridge, not a bad view, waiting the turn to play. The level is high, people are competitive and it is not hard to hear “trash talking”. I got a couple of “you can’t guard me” by Mike, an expert black player who has never missed the opportunity to point out when he hooped in my face. 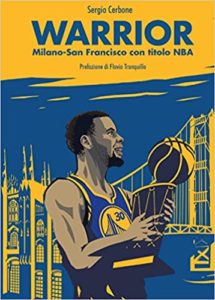 The cover of Sergio Cerbone’s book

5) In the book Warrior Milano – San Francisco con titolo Nba (Warrior Milan-San Francisco with an Nba title) you relates your experience as overseas journalist. What memories do you recall more?

I was lucky. The moving to San Francisco coincided with the golden years of Golden State Warriors – I had the chance to live the era of one of the best Nba team of all time and it was in the city where I lived. Then there was the opportunity to work as freelance journalist and relate inside the Nba. In 2015, given that I followed almost all games of the regular season, the playoffs and the home games of the Finals, I decided to join an away game in Cleveland to complete my personal “all in”. Also because I have already thought to the book and I wanted to collect episodes at Lebron’s home.

The away game was exciting. I remember that I booked the night flights after the game in Cleveland to be able to come back to San Francisco, taking advantage of the time zone of the West Coast, and be at work without taking any days off. The negative side of working in the United States is holiday, I came back to see my mum for Christmas so I ran out all days off. Finals on site are the best memory, I remember everything as if it was Yesterday. Warriors’ year was the 2015 and I entirely lived it. Always in Cleveland, between game 3 and 4, the Nba organized the press game, on the court of the Finals! That is, I played on the same court where Lebron James and Steph Curry were the night before. Now you understand why I couldn’t write a book?

From the West Coast to the East Coast, Nicola Bogani and the story of Celtic Nation Italia.