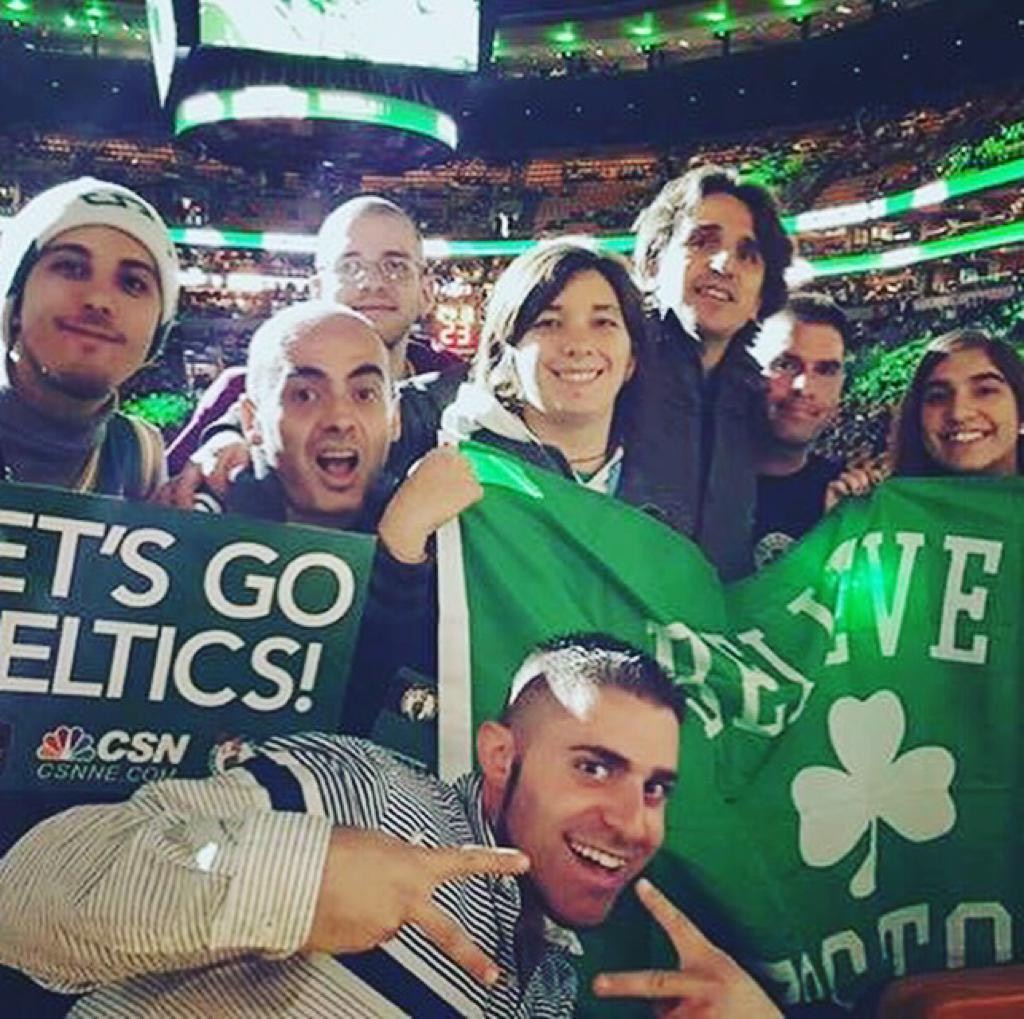 13 May Celtic Nation Italia: an interview with Nicola Bogani

Posted at 10:10h in Stories by Chiara MEZ 0 Comments 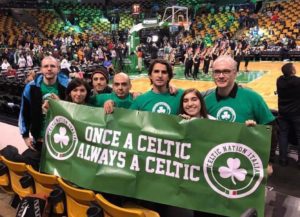 Hi Nicola, how was born your love for American basketball and especially the Celtics?

I found out American basketball in 1977 at the Palalido in Milan, when my father took me to see a game of Harlem Globe Trotter. I remember that it was so exciting that I started to keep informed about what was happening overseas, without rooting for a team.
My older brother used to provoke me, by claiming that he was cheering on the strongest team with the best player in the world, rather Doctor J and Sixers. So I worked hard to find a team to face him.

We were different and had to find a worthy opponent to keep our challenges high.
I stumbled by chance on an article about the “New White Hope” and how a blonde, not so athleltic player, was reviving the legendary Boston franchise. Add the team color (which is fantastic), the fact that Celtics were the bitter enemies of Philadelphia and the game is done.
In the following years was a free for all on the court and at home.

The passion for Boston franchise led you to create a group on Facebook to gather the fans. When was your story born?

In July 2012, as a joke, I replied to a tweet of Michael D. McClellan of CelticNation.com.
His goal was to create an Italian section on the site, to attract a wider audience to a page that collected many interviews with players of Celtics history but not many latest news.
To my surprise Michael replied immediately and introduced me Filippo Ferraioli another Celtics fan who had answered before me.

We were enthusiastic and we got down to work, as to not only post on the website, but creating a Facebook page to access the web address and it reached more than 20,000 followers.
Some posts on the page gained a million views, although the leaders were two italian guys, we achieved better results than Celtics Life and Celtics Blog.
In November 2013 we created a group on Facebook and immediately we had a lot of success, despite an unsatisfying season.

In January 2018, on the occasion of the game between Celtics at Sixers in London, you arranged a trip. What memories do you have of that experience?

In January 2018, the NBA organized a challenge between the Sixers and the Celtics for the Global Games in London. As mentioned in the first answer above, I could not miss it with part of my group.
Unfortunately, due to a problem with flight and games tickets, it was clear that it would not have been possible to arrange a group trip as we had done in Boston in 2016.

We joined hands with a Celtic fan club and we arranged a pre-game hangout in a pub.
So we met each other at the Old Lions Pub and we spent a couple of hours singing stadium chants and drinking beers to be ready for the game.
A success that was the subject of an article in the pages of the prestigious Boston Globe, thanks to our friend Adam Himmerlsbach and told by Flavio Tranquillo and Alessandro Mamoli in Basket Room on Sky Sport

Speaking of Alessandro Mamoli, you can have a look at his interview here

What kind of activities are you launching to keep your online community active?

Before this emergency, that has halted the whole world, we used to recap the matches during the regular season and the playoffs, as well as daily posts to resume the most relevant news.
In addition to updates, the spirit of the group is to involve many people, leaving as much freedom of expression as possible.
Everyone has a private point of view and would like to share it with other fans.
The long pause and uncertainty about the future, led us to open chat rooms to confront each other and invite excellent Celtics fans or basketball experts.

We hosted Massimo Oriani, journalist of Gazzetta dello Sport, Michele Dalai, both supporters of our franchise and Alessandro Mamoli, sportscaster of the Nba games on Sky Sport and author of a book on overseas basketball. Chat Room has crossed Italian borders, thanks to the involvement of Celtics beat writers such as John Karalis and Amanda Pflugrad.

Memories: from Milan to Boston

Could you tell me a moment of your story you are fond of?

One is not enough and to not be wrong, I would mention three moments.
The first one was in 2015, we all met in Milan for the first time, on the occasion of the game between Celtics and Olimpia. We printed 350 T-shirts and were all sold out. We donated the proceeds to the hospital in Florence, which takes care of children, in memory of Manuel, a child from Pistoia who passed away on those days. Pistoia invited us to hand over the check to the parents, during the game Pistoia – Cantù.

The second moment is related to the trip to Boston. I took a delegation to the TD Garden to see 2 games, welcomed by the organization of Boston Celtics.
For some of them, was the first time in the Beantown and it was such an unforgettable memory. 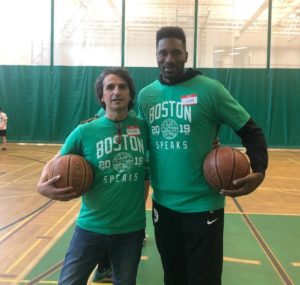 Third and last moment in order of appearance, was when I took part at Boston Speaks.
It’s a charity event for autistic children, held every year on the old Celtics training center in Waltham.
Thanks to the generosity of Gigi Datome, I auctioned his Fenerbahce jersey and two passes signed by Pierce, on his jersey retirement ceremony. We collected a nice sum to donate on the occasion.
I spent a wonderful day, playing with less fortunate but so precious children, challenging the former 2008 champion Leon Powe, who was part to the event.