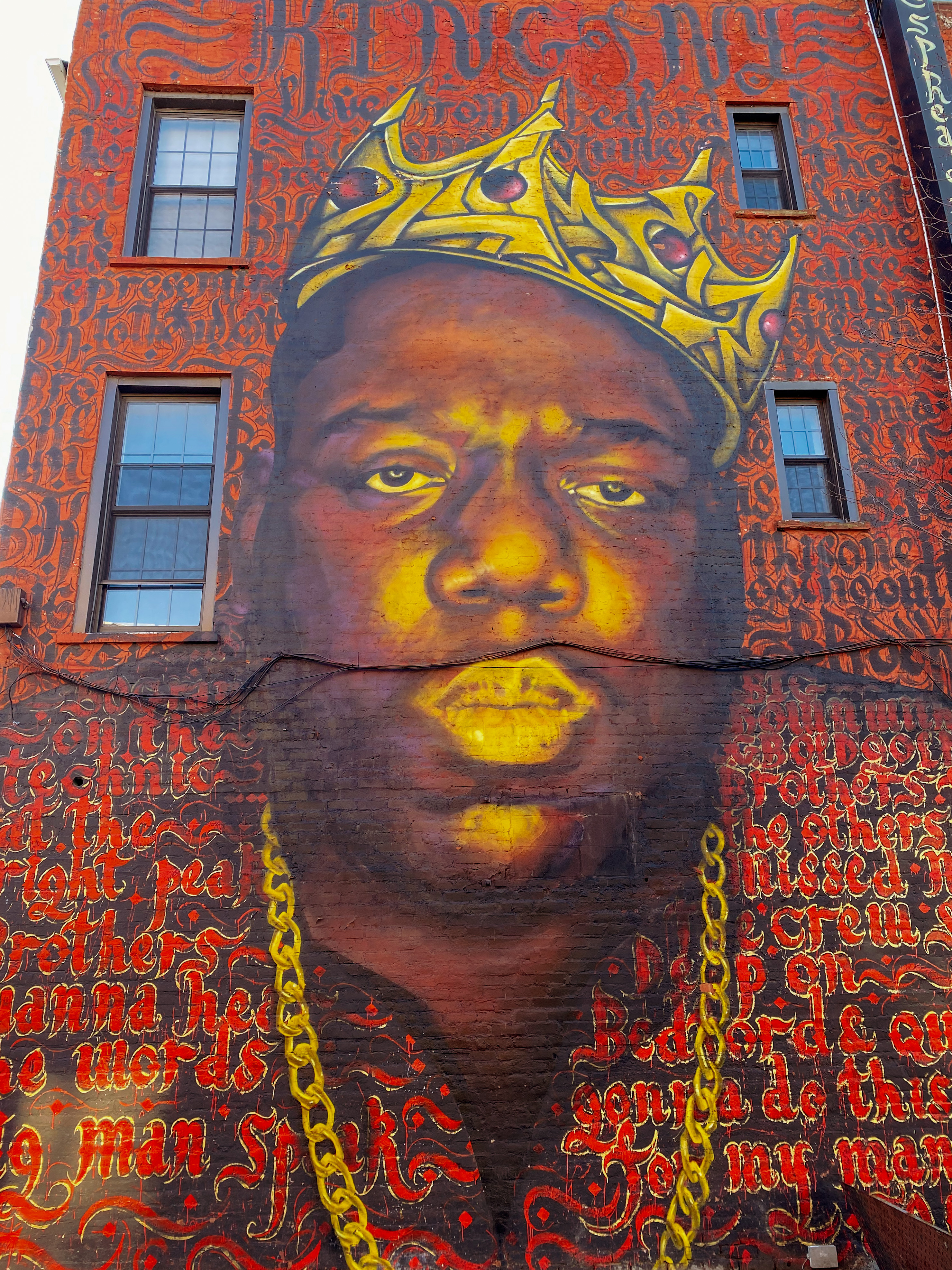 I remember crying when Biggie passed. I remember buying a Coogi sweater that was way too big for me, just to say I had one. I even put a lot of time, effort and energy into writing music and rapping when I was younger mostly because of B.I.G. Music became an emotional/therapeutic outlet for me. All in all, Biggie really impacted my life more than I understood at a young age, and continues to do so today. If you’ve never taken the time to listen to one of his timeless classics, now is the time. There had never been, nor will there ever again be a figure like him. His sound and flow is often imitated, but never duplicated. More than twenty years after his death, in many ways, The Notorious B.I.G. is still the King of New York.

There is no more prideful place in the city, maybe the world, than the borough of Brooklyn, and there has been no grittier ambassador of Brooklyn quite like Bed-Stuy’s own Notorious B.I.G. Along with the guidance and stewardship of Diddy (dubbed Puff Daddy at the time), The Notorious One was a larger than life personality, and a once-in-a-generation artist. His brash, boastful delivery highlighted his unique skill set, which included a package of four-dimensional storytelling, otherworldly lyricism, and a crass unpredictability we had never quite heard before. To this very day, no one made rapping sound as effortless as he did. He is the purest rapper the world has ever known.

Notorious B.I.G. and the music

A true marvel, in every sense of the word, humor, stress and/or paranoia consistently bubbled directly underneath the surfaces of every word Christopher Wallace rapped. He frequently sounded conflicted and full of regret because of things he did and the life he chose to live before he became rich and famous. His confidence was truly unshakable, and only served to elevate his stature. None of the factors haunting him could stop or limit him from inspiring countless others and becoming the icon that he is today.

Although his life was cut tragically short, Biggie’s influence has been sprinkled all over our culture. The sharp wit found in Jay-Z, another legendary Brooklynite, was forged in fire from verbally sparring as teenage friends with Biggie. 50 Cent, another huge artist from NYC, has also been influenced by the late rapper’s style. His penchant for story-telling grimy hood tales might be the best since Biggie, and is very reminiscent of the vivid stories you would hear nonstop in Biggie’s music. The formula that he created (along with Diddy) changed the landscape of music and art forever.

Notorious B.I.G. and the NBA

Even in the world of professional sports, his magnitude is felt and his legacy is carried on. For the past two NBA seasons the Brooklyn Nets and Nike have collaborated to put out absolutely gorgeous Brooklyn-themed jerseys directly inspired by Biggie’s love for Coogi sweaters (including Nike selling a Nets jersey with his name and the year he was born on it during both seasons). His impact is still felt immensely in many facets of today’s culture.

There have been countless contributions, developments and manifestations to originate in New York, but few, if any, have had the long-lasting ripple effect that hip-hop has had. There has been no greater influence than the gift that was The Notorious B.I.G. He is forever woven into the fabric of our lives because of hip-hop. That impact is deeply embedded in our daily lives, from the way that we speak, to the way that we dress, to the way that we interact with one another.

Written by (the quarantined) Dave Gamble

I wrote an article about the Brooklyn Nets, about a year ago, while I was in New York