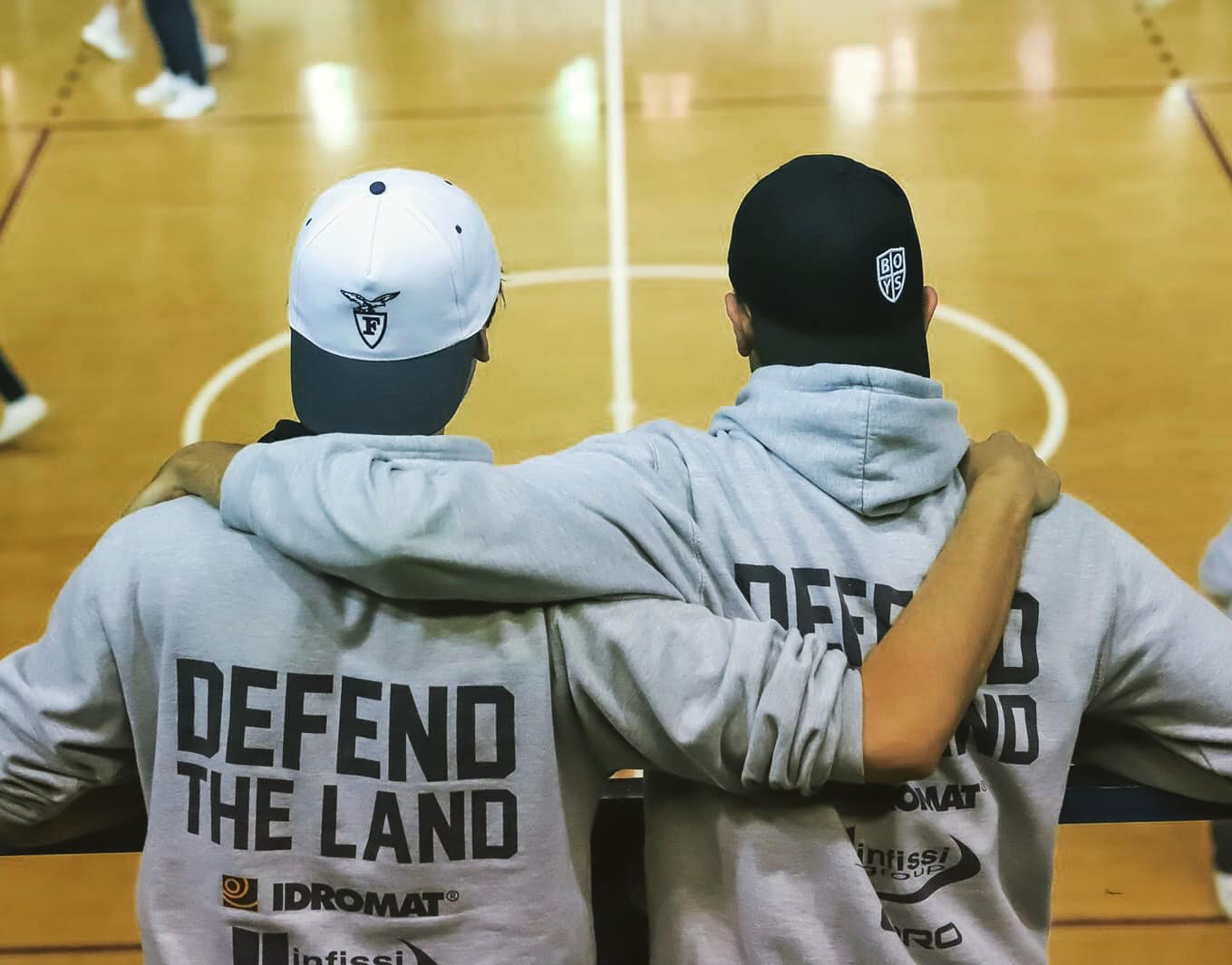 10 Jul Lega Basket Femminile and Basket City: the story of Francesco and Domenico

1) Hi Francesco e Domenico, let’s take a step back. How did you discover your passion for basketball?

Domenico: My dad, a Fortitudo fan and passionate about basketball, passed down to me the passion for basketball. As a coach, he carried my basketball career and he was extremely helpful. My family has always related about my first game at the arena: I was 8-month-old and I didn’t whine for 40 minutes.

The first memory date back to the times of PalaMalaguti. I was 4/5-year-old and I remember the moment when the fans under me stood-up and I glimpsed my idol (the first jersey I bought) that dunked after a counter-attack. He was Dominique Wilkins, my idol.

Francesco: Let’s say that is a family affair, my brothers played and trained, since I was a child, they have passed down the passion to me. I started playing at 7/8-year-old and I remember that I used to see the games when they trained. As a fan, I went to see Virtus games with my brother in the early 2000s and since then I have not stopped to follow. You can easily say that I am a basketball “addicted”, in a positive way obviously.

The experience as insiders in the basketball industry

2) From fans to insiders, when has your career in the basketball industry started?

D: It has started at the end of 2017 as far as I am concerned. I worked as a contributor for Bolaround, launched by some friends and Francesco among others. I took delight in creating interviews to Fortitudo players of the past (Gene Banks, AJ Guyton, Vincent Askew, ecc). In the beginning of 2018 talking with Francesco, we came up with the idea to follow Basket Progresso Matteiplast making a live streaming of home games on Facebook. Since then all has started until today and the serie A1.

F: About 3 years ago, I started working as a contributor for sports websites, writing articles, mainly news and report cards of Euroleague. Thanks to the partnership of a couple of friends, I worked as co-host for a local radio show and later we founded a website of sports in Bologna (BOLaround), giving a chance to young people willing and passionate about this world. So, with Domenico, we chose to launch ourselves into the adventure with Basket Progresso Matteiplast: live and play-by-play of games and other ventures for an organization that gave us a lot. We lived two amazing seasons under every aspect and last year the promotion in A1 was the cherry on top.

From Lega Basket Femminile to Radio 1909

3) The experience as commentators for Lega Basket Femminile and Radio 1909. How did you come up with the idea of WeBasket?

D: The idea was born from the fully passion for sport in Bologna and the will to talk about men’s basketball mixing the opposite basketball faiths of the city. Beyond Francesco, our team can’t do without Riccardo and Andrea. Together we are doing well and during the episodes we form the “starting line-up” with a male or female guest, trying to make the women’s basketball more visible around the city.

F: WeBasket was born because in Bologna basketball is everywhere, also the rivalry between Virtus and Fortitudo is still present. There are programs focused only on a team: instead seeing as we are divided by the cheering, we decided to put together the perspectives of Virtus (men and women’s basketball) and Fortitudo in a program. For this reason we chose the name of the program and the logo, a picture of us hugging one other, wearing the caps of both teams. 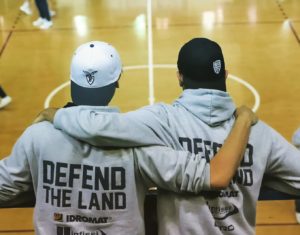 Domenico and Francesco, from the picture to the logo

UpToMe on Pink Basket, the format on Lega Basket Femminile

4) During the lockdown you hosted the format UpToMe for Pink Basket community on Facebook. You hosted women’s basketball players to relate their carreers. According to you, what has been the strong point of the format?

D: The idea was born “thanks to” the lockdown. We exchanged views with Clara Capucci (Social media manager PinkBasket) and Silvia Gottardi (Head of PinkBasket) to offer to people a new and unique format on women’s basketball in addition to one of the best basketball magazines in Italy.

At the end of the lockdown we decided that the episode number 10 had to be even more unique, we organized and created the first marathon 3 hours long of women’s basketball involving 24 teams of A1 and A2 and 25 players, each couple swap roles every 15 minutes. The organization was perfect, I say thank you again to all players who took part and it was a great demonstration for women’s basketball, reaching over 10k views.

The uniqueness and freshness of the format, interacting with the players on many aspects that are not common in a simple interview, but looking for every detail, has brought interest and I hope it has diverted both the girls and the audience for an hour during a tough period of our life. We work towards women’s project and we will do great thing with Pink Basket.

F: What we wanted to do was telling stories of the main women’s players of A1 and A2 in a different way, dealing with young players, who are achieving great results with the National basketball team. I think that the strong point was being “alternative”, offering new contents and going beyond the canonical interviews that we watch everyday. The goal was to show to the listener not the player in herself, but the personality behind her.

5) You shared many experiences and you have a great story to tell. What are your next goals?

D: At this point we are common-law partners. Joking aside, we have shared much in the latest years: since the nights at the club until towomen’s basketball, what we strongly believe. We are lucky, we have never stepped on each other’s toes and we have never argued because we have always had the same idea and it is rare to find colleagues with the same passion and point of view in the work environment, or sport in this case. That day, not so far, January 27, 2018 when we entered the CSB for the first live of the girls, we said to ourselves “we want to bring them in Serie A and commentate them at Paladozza”. A year and a half later we did it.

Our goal is to bring quality, innovative and constant communication of women’s basketball. A clever communication for a sport practiced by even smarter girls. We have many ideas and we want to realize them.

F: Clearly we would like to continue working in this industry, trying to bring the spotlight even more on the “pink” side of basketball. There is a lot of unexpressed potential in our opinion and often it doesn’t take much to spark that bit of curiosity among fans. There are rooms for improvement and growth, we are sure that we will always continue to put passion in it. 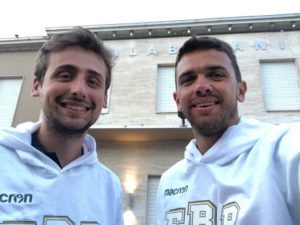 A couple of days ago Domenico and Francesco announced on social media a new challenge with Faenza Basket Project in A2: Good luck guys!

About BOLaround, Andrea Grossi related how it all started.