Tune Squad Court in Brooklyn: the masterpiece by Warner Bros 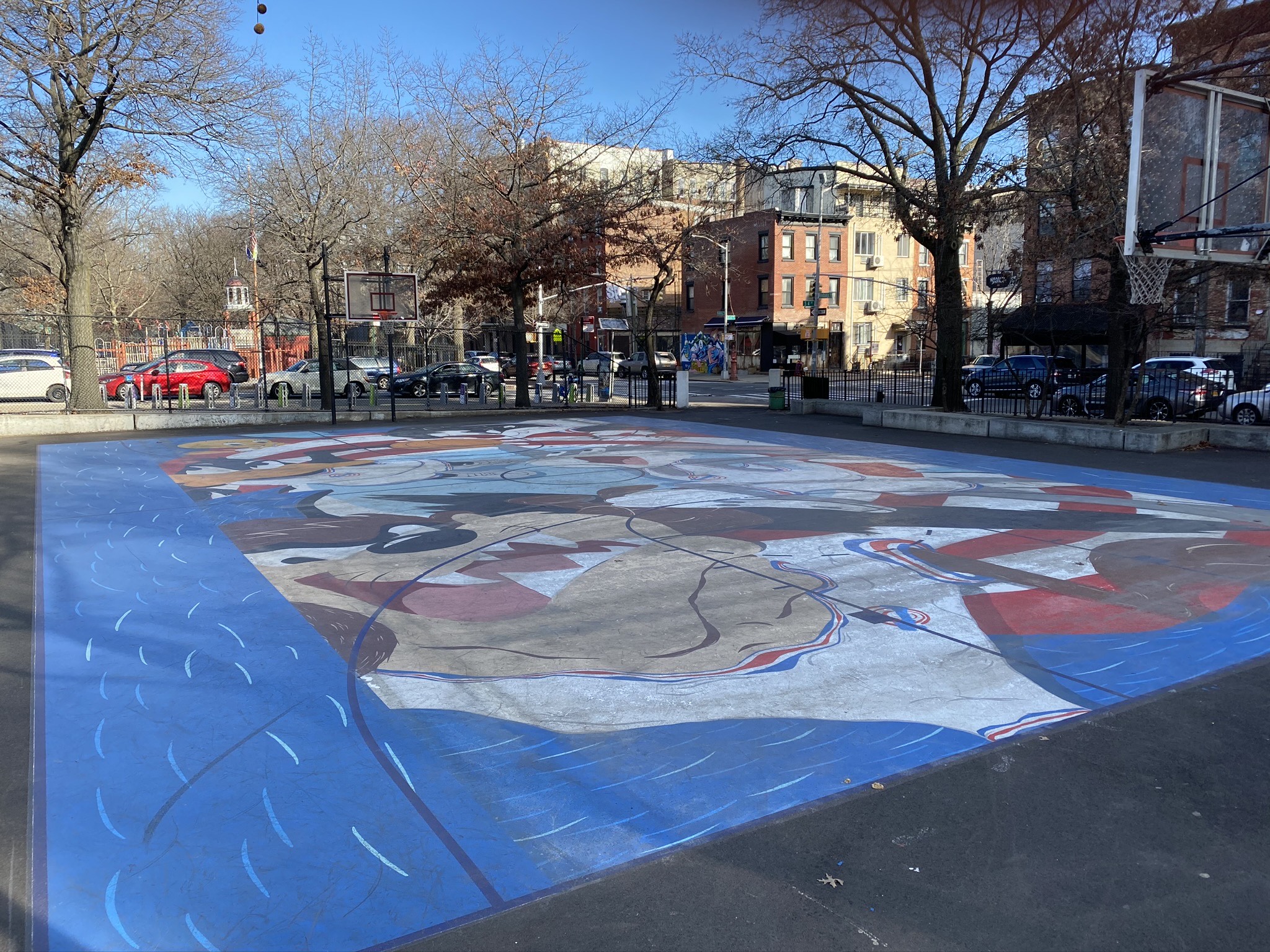 About a year ago, Tune Squad Court in Brooklyn opened its doors to the public. The playground is well-known in the neighborhood as a gathering point for Williamsburg’s community. It was Warner Bros that funded the refurbishment of Rodney Park North in partnership with New York City Parks Department.

The artists Evan Rossell and Dee Rosse realized for Warner Bros.’ Get Animated the on-court mural with huge images of Bugs Bunny, Daffy Duck, Tweety Bird, Sylvester, Lola Bunny, and Taz, the characters of Space Jam’s movie. Due to the bad weather, the artists took 14 days to finish the court’s makeover.

As related by Kevin Duggan on Brooklyn Paper, Tune Squad Court in Brooklyn underwent a refurbishment after the opening. In fact the floor was slick and it was quite impossible to play, in addition to this the three-point line didn’t correspond to standards. The court in Williamsburg closed two weeks and officially reopened on Aug. 23.

The opening of Tune Squad Court was an alert for Space Jam’ fans. After the success of the first movie produced by Joe Pytka and starring the former basketball player Michael Jordan, Warner Bros announced the release of “Space Jam – A new legacy” in 2021 with LeBron James.

On April 30. LeBron launched the new movie, unveiling the logo of Space Jam 2 on his Instagram profile. According to the first news, some international basketball players of the Nba and WNBA as Klay Thompson, Anthony Davis, Chris Paul, Diana Taurasi and Nneka Ogwumike will join the movie cast.

Sadly I missed the opening, because I flew back to Italy on June 4. Anyway I had the chance to stop by Tune Squad Court on Dec 31. It was freezing, the temperature was about 35,6 °F, but it was early morning and the court was empty. I took advantage of the situation to tape some videos and take some pictures. I promised to myself to come back, hoping for the sun and a better weather.

The second attempt was only two days later. Despite the cold temperature, the sun was shining and I spent a while walking up and down to look for the best place to shot a panoramic picture. The on-court mural is stunning and breathtaking, the colorful Warnes Bros’ characters are really impressive. Tune Squad Court in Brooklyn is an unmissable attraction for young people, adults and basketball lovers.

Concerning Brooklyn, in this article, I relate my experience at Barclays Center.

How to get to Tune Squad Court in Brooklyn